In an Election Like No Other, What Can We Learn from the Past?

The only thing people across the political spectrum agree on is this will be an election like no other. While true, it’s important to remember EVERY election is unique, making cumulative data to support actions fundraisers should take during any given election year difficult to attain.

Which is why I interviewed or reviewed reports from a group of industry executives with collectively more than 200 years of fundraising experience. If you transfer that historically into election years, it takes you back to the last time a sitting president ran unopposed in 1820, James Monroe. He was reelected during a time known as the “Era of Good Feelings.”

Don’t expect anything close to that.

But here’s what the experts say you should expect and do: 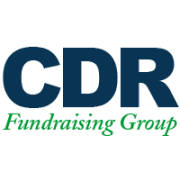